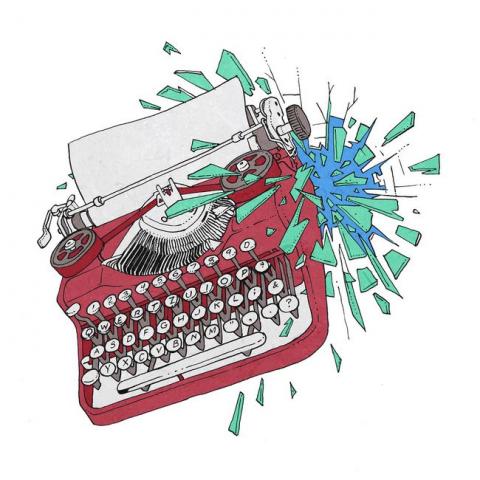 Germany, France: Contribution from the 3 anarchists for the event take a place in September 2020 in Marseille.

In September 2020 in Marseille we organized a discussion about the repressive case in Hambourg, that sees three anarchists accused of transporting inflammable materials and preparing different attacks. The arrest took place in July 2019, since then, two of them are imprisoned, while the third comrade has been granted a conditional release. Their trial began in January 2020 and should conclude early November 2020. (For more information, consult this site). The event that we organized not only aimed at exchanging information about the repressive operation, but was rather focused on retracing the path of struggle – the interventions, the perspectives, the projects, the publications – with which anarchists in Hambourg deepened social conflictuality over the last ten years. We asked these three comrades to write a contribution for this event, you find it hereunder.

We’re happy to send you some greetings and thoughts. We appreciate the initiative to speak about the struggles and anarchist interventions of the least years in Hambourg. These are important to us, and it’s as well the context of the repression which hit us: as anarchists we are currently imprisoned and accused in an ongoing trial.

Hambourg is one of the the richest metropolis of Germany (with a ridiculous amount of millionaires) and has a long history of visible social conflicts and struggles. With one of the formerly biggest and more important industrial harbours, Hamburg’s wealth and economic meaning is historical. As many western metropolis it is nowadays a tourism and real estate hotspot. The city-government calls their profitable business: “The trademark Hamburg”. With this much honesty and a tradition of a constant aggressive capitalist city-development, social was becomes visible here in many ways. Whether it is the tearing down of whole blocks and the destruction of neighbourhoods, the expulsion of drug-addicts, sex-workers and homeless people form the streets, racist police-controls against people of colour, exploding rents… Those ruling never made a secret out of who the city works for and who is welcome. To reduce the social conflicts to so called gentrification means to ignore the authorities’ ongoing use of the city as a laboratory for (social) control and so called “security-politics”. With creative laws, an always developing police-army, so called “danger-zones”, publics manhunts, police-inflitrators and task-forces, the state and its minions of authority were always forming the city in their interest. And this with an image of liberal social-democracy.

As revolutionary anarchists we understand the city not as a neutral place which has to be “reclaimed”. The city is an instrument and structure of power, a cage we have to live in, in which every space is supposed to work according to their order and logic. The projects and relationships of subversion, rebellion and anarchy we are creating don’t work in this logic of authority and domination. For them these projects and relationships mean blind spots, which they have no permanent control over and which have to be destroyed.

If we look at social conflicts unrelated to each other and the context and logic of domination they arise in, we step into the trap of reformism and pacification. We clean their cities for them. The most interesting dynamics and movements of the last years, losses of control for the authorities, were exactly those moments when different ongoing conflicts and struggles met each other and became social conflicts. Movements in which those who are not supposed to meet each other, met and recognized each other on the streets and in rebellious acts. Like the weeks of long nights full of wild demos and direct actions in 2013/2014. The struggles against different projects of capitalist city development, racist police-controls and the self-organisation of refugees and immigrants resulting into so called “danger-zones” (which in the end stand for the danger the dynamics on the streets mean for their order). Or the factual failure of a police-occupation of the city to secure the summits of the OSEE and G20 (which by the way can be understood as a punishment for the hurt pride of authorities as they failed to sell Hambourg to the Olympic Games, making the city not a winner of capitalism).

Those losses of control show the strength and possibilities self-organized social struggles can have. Those experiences as well as a lot of smaller conflicts and a continuity of revolutionary direct action give those who long for al life of freedom without any kind of domination, courage and trust into self-organisation, solidarity and direct action instead of falling for the hoax of politics. For over more than 10 years informal circles of anarchists and anti-authoritarians intervened in the context, created projects, dynamics and relationships. The repression which hit us has to be seen in this context as well as the continual failure of the repressive forces to control the antagonist dynamics. The repression against us is a revenge for the defeats of the last years which questioned (their) authority and power.

We know that same of the experiences made in Hambourg are similar to those of comrades in other places and I hope that there can be an interesting exchange and discussion. After over a year in prison surrounded by concrete, steel and barbedwire, of social misery and death caused by their world, We still feel the strength and warmth of solidarity, of our rebellious relationships. In this spirit we send an embrace to the comrades, on the streets, in the cells of their prisons and on the run.

PS : Have some beers, Pastis and good food together and raise your glasses to love and anarchy

Announcing issue #1 of Oak: A Journal Against Civilization

Anarchy and Indigenous Resistance to AMLO in Mexico