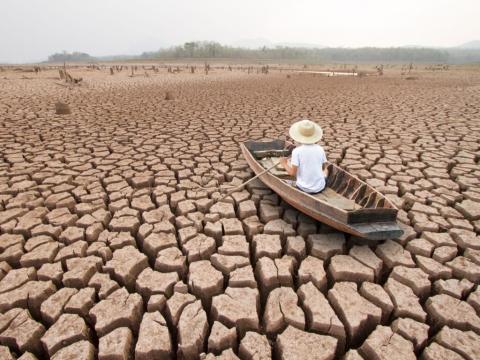 The Latin expression is a biblical quotation that Pierre-Joseph Proudhon put on the cover of his fundamental work, The System of Economic Contradictions, or The Philosophy of Poverty (1846), and it reflects very well the dual approach that anarchism has given to the struggle against domination and oppression. On the one hand, the clear understanding that key aspects of the dominant system cannot be recovered, but rather have to be radically confronted. It is the radicalism that is also shown in successive confrontational tactics at different times in anarchism’s history, in which destruam has been used in a literal sense, with a propaganda of the deed that smelled more of gunpowder and death than of the construction of a new world. It is the one that is still present in slogans that we can hear in a demonstration, such as “A fired worker, a hung employer”. In this case, it has more of an innocuous bravado than a serious threat, but in other cases it is clear that violent opposition is needed at a certain moment, a position that the Black Bloc consistently picks up, or that Peter Gelderloos supports in his essay against of non-violence as a priority strategy. Domination and oppression will not fall without a serious “push” to bring them down.

However, I return to the deep ethical sense of anarchism, for which the ethical criterion that must regulate all actions of struggle and radical transformation of society must be the coherence between ends and means: the end never justifies the means. The use of violence, which in some cases may be justified, is a rather incoherent resource in order to build a free and solidary society. Mikhail Bakunin himself was clear: «But be careful! A problem solved by force is still a problem”. In classical Spanish anarchism, some thinkers were very reluctant to use violence, such as Ricardo Mella, and others resisted, such as Salvador Seguí, although they had to face the extreme violence of the bosses’ gunmen.

But at the same time, it is about building, that is, making visible another way of acting and another way of living. We do not wager on self-management, on horizontality, on the abolition of hierarchies and privileges, because we like them as utopian ideals of a full and reconciled society that will be established as the final goal of an uninterrupted progress of humanity, which will swim in abundance and will practice taking from the pile of what is produced. Or as a leap forward after a destructive insurrection, on whose ashes the anarchist commune will arise. It is perhaps the bad thing about using the future tense, as Proudhon does in his Latin Biblical quote. Quite possibly, since 1789, the Western cultural and political world has lived anchored in two myths, that of progress and that of revolution. The first, trusting in an unlimited future time, which would bring constant and cumulative improvements, would finally reach the perfect society. Science and technology would be the two fundamental instruments of this unstoppable progress. That is what some transhumanists and neoliberals continue to believe. The second is the myth of those who, attracted by revolutionary force, showed an impatience, accompanied by a strong romantic passion, which led them to be sure that a great confrontation would give way to a totally new political, economic and social regime. Sandinismo believed it, for example, or today’s Chavismo, but Zapatismo and the Kurdish people of Rojava are much more cautious. After two hundred years of experience, it is not very clear what we are talking about when we talk about progress and we have emerged somewhat scared from successive revolutions that gave birth to new forms of domination and oppression.

For this reason, the dialectic between destroying and building is instead an always open dialectic, without a final synthesis in which contradictions disappear; Proudhon and Mella already said it, but not as Hegelian dialecticians. And for that very reason there is another way of understanding propaganda of the deed that has little to do with destruam, but a lot to do with ædificabo. It is about building here and now, in the present time in which we live, different personal, family, social, political and economic realities. We can and should be concerned about the future in the short and medium term, as anticipating what may happen will help us to provide us with the necessary resources to face it successfully. But what is really important is what we have to do here and now, in the full and dense present. Even, as some of the most lucid people of radical ecology say, we have already reached a point of no return. In other words, the battle to stop and reverse a process of degradation and eco-social collapse has been lost and our fundamental effort has to focus on what we do on a day-to-day basis that concerns us and pushes us forward. Using the transatlantic liner as a metaphor, the erratic direction has already led it to a point where rectification is not possible and it begins to enter the port like an elephant in a china shop. The first damage is already clearly visible.

In fact, it’s about no longer imagining utopian or dystopian future worlds and focusing on present worlds. In a way, it is to recover something of the anarchism that Marxism criticized: its refusal to draw up a clear road-map for the conquest of power and the establishment of revolutionary society. On the one hand, this was due to a deep confidence in the creative capacity of the collective intelligence of people when they began to solve problems. But we can also understand it as a wager on the prophetic spirit, not in the sense of guessing the future, but in the sense of denouncing present evils without concessions and demanding the immediate realisation of life projects according to completely different rules, rules of mutual aid and solidarity, without rulers or ruled. In its moments of greatest social presence, that was what anarchism did: create social realities of various kinds in which the society in which they wanted to live was prefigured. They did not leave for tomorrow what they could live today.

It is about showing the society in which we live that anarchy works, a good title for a Gelderloos book. That is to say, and specifying as I said at the beginning in my most immediate circles of influence, in which it can prefigure those ideals in which I believe, it is a question of showing that an anarchist and libertarian is someone who, together with their students, benefits more from their pedagogical relationship, emerges from it more enriched. What is more, you can start teaching in a different way today. It is to show that a self-managed labour union better defends the interests of the workers and offers them more enriching possibilities of interaction in labour union practice itself. It is to show that housing is better approached from self-managed cooperative projects. And we can continue with more examples. We do not give our life over to the Idea, but the Idea enriches our current life.

We live in very complex times and it is not easy to offer concrete solutions to such complicated problems. We also live in times of urgency, as the pandemic has clearly shown: it is not that the crisis will reach us in five, ten or fifteen years. The crisis is already here and we cannot stop for long to think. We are by no means the only ones who are busy with these issues. People and organisations of all kinds are aware of the situation and seek solutions, yes, not all guided by the same objectives or willing to apply the same solutions. And it is not easy at all to reconcile such disparate interests, or even to agree on the most appropriate strategies of action. That is something that the COVID-19 crisis has also taught us: there are no clear answers and there are many uncertainties. Science is not as powerful as previously thought, and leaders are not as clairvoyant as they pretended to be. We realise that the emperor is naked and we run the risk of a certain fear, almost panic, favoring enlightened leaders with brilliant and simple solutions, but solutions that are also very destructive.

On the other hand, the correlation of forces is clearly unfavorable for the anarchist camp. It is difficult to calculate how many people can accept our proposal, but it is possibly very few in relative numbers. In principle, we do not have it easy. I have already said that capitalism as a system and as a way of life is deeply rooted in society, and is capable for the moment of tolerating the existence of increasing parts of society whose life is far from satisfactory. Unfortunately, capitalism is still in enviable poor health, although many people live on the edge or mired in poverty and exclusion. But there is an important gap: we can here and now show different ways of living and acting that are more fulfilling for those who make them their own. Setting an example is always the best propaganda and the best school. In addition, they are personal and community ways of life that, if assumed by a significant majority of the population, would lead to an improvement in expectations in the medium and long term. Otherwise, we can and must prefigure modes of direct solidarity and free action that allow us to live a life with greater meaning, in times of difficulty and uncertainty.

This is the final part of a longer article entitled “Y ahora… ¿qué hacemos?” [“And now… what do we do?”], originally published in the magazine, Libre Pensamiento #103, Madrid, summer 2020.

Pelecanimimus and the Battle for Mosquito Ridge