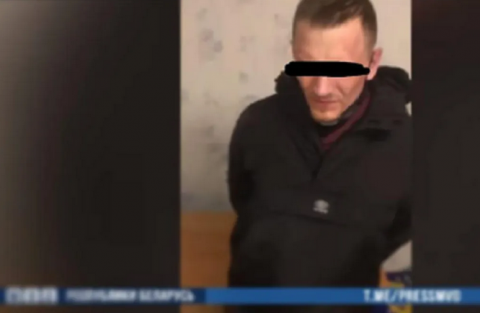 Anarchist Mikola Dedok has been detained yesterday 13th November 2020! In the morning he was arrested and severely beaten during his detention by the police. He is a suspect in a criminal case previously initiated for organizing and preparing actions that grossly violate public order. In 2010, he was detained after an attack on the Russian Embassy in Minsk. He was a defendant in the “anarchist case” and was sentenced to 4.5 years in prison. He pleaded not guilty and refused to sign a petition for clemency addressed to Alexander Lukashenko. He received an additional year in prison for “malicious disobedience to the requirements of the administration of the correctional facility”. Released in 2015 together with Nikolai Statkevich and other political prisoners, he continue active participation in political activism.

Alexander Lukashenko, who has been at the helm of Belarus’ totalitarian regime since July 20, 1994, declared himself President of Belarus for the sixth time in a rigged election a few months ago. Prior to the collapse of the Soviet Union, he was a member of the Soviet Communist Party from 1979 to 1991; He was instrumental in the assassinations and systematic crackdown on dissidents in the Soviet Union, a murderer who still has close personal and political ties to former KGB agent Vladimir Putin. The Soviet Communist Party was a branch of Bolshevik that was formally present in politics from 1952 to 1991; The Bolsheviks have historically played a major role in killing and suppressing anarchists, from the Red Army attacking anarchist revolutionaries in Ukraine to the Kronstadt massacre. In fact, Alexander Lukashenko is a remnant of the Bolshevik regime. The Bolshevik regime, with its lies and revolutionary betrayals, destroyed what was the real ideal of the October Uprising in russia, it is unforgettable that the revolutionary betrayals of the Bolsheviks began with the killing, exile and imprisonment of the anarchists. The arrest and repression of libertarians and anarchist movements in Belarus is the historical terrorism by Bolsheviks for around hundred years; So, in fact, today’s struggle in Belarus is a historical struggle, and it is clearly very important to us as anarchists, because we have been killed, imprisoned and tortured by the Bolsheviks and the remnants of the Bolsheviks for around hundred years.The Lukashenko totalitarian regime also retained some of the symbols of the Soviet era, which can be seen on the Belarusian national emblem and flag, after the fake 1995 referendum, which was based on the symbols of Belarus in the Soviet Union. Following the fake referendum, Lukashenko was given more power.

Our global solidarity can be very important for the comrades in Belarus, we must not allow anyone to be left alone in the hands of the state. Solidarity is our weapon.