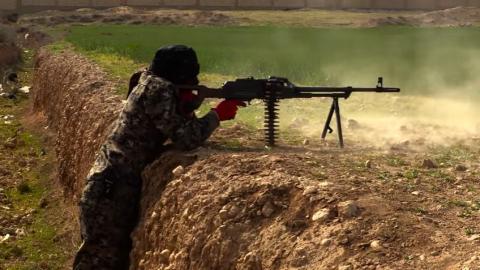 from Anathema Vol 6 Issue 7 via AMW

Comparisons to the worldwide uprisings of 1968 have been drawn over the last several years as we’ve seen a resurgence of revolt the world over. Finally, this year, the United States began catching up after the murder of George Floyd, followed by many more murders of black people by police – subsequently reinvigorating a mournful rage, time and again. What followed the previous revolutionary period of the ‘60s was a substantial leftist armed struggle, presenting questions in an already uncertain present of what the future will hold – especially when armed conflict is already taking place in our streets.

The initial riots in Minneapolis this year drew immediate comparisons to those following the assassination of Martin Luther King Jr. in 1968, and then seemed to outpace them in some ways once a police precinct was burned to the ground – precipitating the only relatively sincere discussion of police abolition by any city government thus far. Meanwhile, conflict continues to escalate in the streets between Left and Right forces with weapons as varied as blades, automobiles, and guns. It’s amazing that Willem Van Spronson was martyred in his attack on a Tacoma ICE facility just last year, strapped with a ghost AR-15 – it seems like some far off dream at this point. Well before that, even, a Wobbly was shot by a Trump supporter as they argued within a demonstration in Seattle. This year, we note Michael Reinoehl’s defense of himself and friends from a Patriot Prayer member, shooting the patriot dead, followed by the extrajudicial execution of Reinoehl by police forces a week later. Others have begun firing directly on the police this year – whether on a patrol car in Philly, a private home in Camden, or other scenarios elsewhere. As Kenosha went up in flames after the police murder of Jacob Blake, notably reducing a corrections building to cinders, the far-right came out armed again – and young Kyle Rittenhouse killed two protestors and wounded a third.

White supremacists and other misogynists are the most frequent mass shooters in America, lashing out against marginalized groups for their own shortcomings – personally and institutionally. Now, some of the only large groups gathering are protests, posing the interminable question of how they can defend themselves from such unrepentant violence. We see an increasingly armed Left in response, with some debating the limitations of a visibly armed security apparatus at these demonstrations (who are often more concerned with getting their picture taken than anything practical) versus the more versatile concealed carry method (illegally or otherwise). Not only should we recognize concealed carry as a relatively common tactic in cities in general, which is unfortunately evidenced by the inter-community violence that appears to be on the rise this year, but has historical precedence for anarchists dating back beyond the turn of the twentieth century.

Meanwhile, anarchist guerrilla groups have been expanding and advocating armed action for well over a decade now. Groups like Revolutionary Struggle, Conspiracy Cells of Fire, and the Informal Anarchist Federation have been ac-tive in Greece, Mexico, Indonesia, Russia, Chile, Argentina, Denmark, and Italy in the 21st Century, with the IAF developing new cells in Indonesia and Los Angeles, California this year.

As this is the United States, it is popularly assumed that the guns are in the mix whether or not you see them, and we have little say in how or when they’re used. The question for us, as anarchists, is when and how do we utilize this resource that is so well within reach?

Initially, the intention of this piece was to draw on lessons from the “first world” guerrilla struggles that developed in the ‘70s; particularly, the Years of Lead in Italy. As Italian protests reached a sustained climax in 1968, protesters began being shot more often by police and civilian fascists. They armed themselves in self-defense and began returning fire – posing an argument in itself against the state’s monopoly on violence and its goliath strength, and nearly generalizing the armed struggle. Frame ups orchestrated by fascists and the state followed, with massive repression and arrests that continue to this day. At the height of the repression in the late ‘70s, though, the revolts then carried on from within the prisons – leading to the Italian state modernizing their prison system to better isolate and marginalize all those involved. Something worth noting given the increase in prison revolts in recent years as it is, and particularly during the pandemic (truthout.org reports more than 100 in 39 states in the first 90 days of the pandemic, alone).

Along with obvious similarities reside substantial differences in the underlying causes and developments, though, and the terrain in which they occur. Franco ‘Bifo’ Berardi speaks to these in a recent interview to emphasize that his experience with Autonomia in Italy is not particularly useful strategically or tactically, as they did not anticipate the exhaustion of economic growth that is occurring today, particularly as a result of the ongoing climate catastrophe. This has merit, since the stakes only seem to grow due to that collapse, and it would benefit us to look beyond street battles with cops and fascists and toward resource extraction industries and energy infrastructure, in addition to other dangerous and vulnerable aspects of the economy. This realization also points to the benefits of a certain kinds of specialization that his contemporary insurrectionaries (i.e. Weir, Bonnano, and Passamani) warned us against – whether it’s through tactical maneuvers, computer programming, or other means of attack.

Still, the anarchists’ warnings of the divide sown by specialists in struggle (epitomized by communist guerrillas) and others interested in tearing down institutions of oppression is not to be ignored. Their experience and wisdom in and around street battles is still applicable, to the degree that we take such risks beneath the gaze of a smart-phone-surveillance culture. This type of social insurrection in turn brings up the uneasy gauntlet in the present between the harassment of anyone in black bloc attire in certain demonstration scenarios, and the post-demo rounding up of anyone involved in hostilities who did not go to great lengths to conceal their identity by the feds – and these current examples don’t even account for the armed escalation the insurrectionaries were advocating for in the ‘70s. We could all benefit from a renewed interest in advocating for an anonymizing attire as a means to keep everyone safer, in the meantime, along with the ethos that encourages such tactics in those communities that may lash out against us – perhaps best done by anarchists already involved in mutual aid efforts in those communities, thereby also further politicizing their aid efforts beyond any realm of charity.

Beyond that, the underground guerrilla tactic was still noted as having value by the anarchists, but the decision to go underground was always framed as a last resort. Not only did it physically divide the movement, but then it required further specialized support efforts in order to maintain the lives of those underground. It was the disintegration of such support infrastructure, in particular, that left the Black Liberation Army so vulnerable in the United States around the same time. The Greek factions of the Conspiracy Cells of Fire tried to maintain some balance of armed activities and social involvement in this last decade, too, but perhaps advertised their intentions a little too publicly – or so one hears.

All involved in the Years of Lead, anyway, could point to a wide rejection of institutions at the time – particularly, recuperative efforts of unions, and the communist and socialist parties, many of whom held power all the way up to the parliamentary level – and how that rejection helped propel the revolts forward. This is a sentiment we often feel in the streets today, though we are sometimes mistakenly grouped in with such institutions due to conspiracies about funding and outside agitator tropes. A mistake that might be best countered by being honest about our selves and our anarchisms.

Recognizing where that anti-institutional sentiment comes from is to our benefit, as is learning from our history. Even recognizing that our current moment is informed and influenced by our collective struggles in and around The Great Recession, Occupy, Standing Rock, Black Lives Matter, antifascist battles, and responses to the pandemic and other climate related catastrophes of our era can inform us how to best proceed.

In that sense, just as “anarchists must say what only anarchists can say,” it does us no favors to settle for doing what others are already doing – particularly if it’s neither immediately effective nor building capacity. Not that we are likely to normalize any behavior, either, but we can expand the imaginary as to what is possible. This is not a suggestion to simply grow our capacity for violence or join some sort of gun-worship culture, either, but to recognize arms as another tool among many that an increasing number of us are holding. We may incorporate arms as it seems feasible and helpful towards goals of rupture and insurrection, as well as expanding the physical and psychological capacities of our attacks. Some are already firing on the police – as was mentioned above – so as more of our ilk take on the increasingly serious tasks like arson, we find it helpful to look toward next steps in the revolutionary canon. If everyday people are increasingly moving toward armed attacks, we can certainly take a few cues from them.