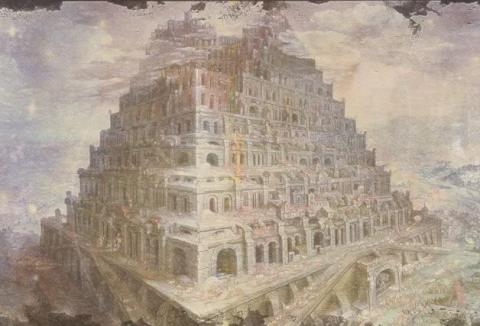 I’ve been contemplating hosting some sort of introductory course on anarchist history and theory for a long time now—and have put it off for a variety of reasons, not least of which is my own feelings of unpreparedness. It is no small thing to try to talk about the basics among anarchists, who often have very strong feelings about what they are not, even if they are not all that clear about what they are—or have strong feelings that perhaps that’s just not the sort of thing that real anarchists talk about.

I posted “An Anarchist Survey” in 2018, in part as a way of focusing on potential audiences for a basic introduction, I was struck by how much opposition there was to the very idea, despite the historical precedents I was working from. The most substantive general response seemed to treat the whole affair as a symptom of some large problem in the milieu.

So I let things sit for a while longer.

But the last couple of years have delivered a combination of greater confidence in the state of my own thinking and greater distance from most the anarchist milieu, as well as a general impatience. I’m not getting any younger and the opportunities to pass on what I’ve learned to those who are indeed interested aren’t getting any more promising or plentiful.

This online workshop combines elements of a traditionally structured survey course and a vehicle for self-study. In some ways, it will resemble a year’s worth of office hours as much as a yearlong seminar. The goal is to make the basic experience—an extended practical crash-course in thinking about anarchist theory and history—available to as many potential participants as possible. It has been constructed with busy people in mind and should be able to carry on despite some ebb and flow in participation.

This a practical course, aimed at providing individuals with the knowledge—or opportunities to gain the knowledge—to accomplish the construction of a personal theory of anarchism.

It is divide into four quarters:

In the first (December 2020-March 2021), I’ll present a series of twelve basic concepts that I have identified as key to understanding my own approach to anarchism, summarizing and extending the work done in the last decade or so. That exposition can serve as an example of one way of approaching this project of constructing an anarchism. But I am also offering the work-in-progress for questioning and critique, in the hope that we can begin by identifying key terms and concepts that we believe should be addressed in our constructive projects. I expect to return to my own construction in the final phase, reorganizing and revising as seems necessary, along with the other participants in the workshop.

The second and third quarters will be dedicated to a rapid historical survey of the period of anarchist history that I have called “our lost continent.” In this course, we’ll probably begin in 1834 (with the publication of Pierre Leroux’s essay on “Individualism and Socialism”) and end in 1934 (with the publication of the dictionary portion of the Encyclopédie Anarchiste.) Half of that time will be spent focused on the period of anarchists without anarchism, prior to the emergence of anarchism as a movement in the wake of the final split in the International, with considerable attention paid to the variety of anarchist theories in that period. The remainder will focus on the attempts to address the diversity of anarchist positions in the early decades of “modern anarchism.” My weekly posts, prompts and potential readings throughout this survey will be as much suggestive as representative—and they will be shaped, at least to some degree, by the interests demonstrated in earlier phases of the workshop.

The fourth quarter will then turn more distinctly in the direction of self-study, with participants beginning to choose and explain the concepts around which they are building a basic theory of anarchism. I will respond as seems appropriate. I expect that I will be sharing material from the Encyclopédie Anarchiste and similar sources, as time allows and as it seems likely to be of general use to the participants. I expect that at this point, if not before, there will be conversations to be had about the uses of systems and of ideologies, neither of which are necessarily subject to much enthusiasm among anarchists. But we can say from the outset that the intention here is not to frame any new orthodoxy. This is a skill-building exercise—and if some of us manage to square away our uncertainties about anarchist history and theory in a year’s time, so much the better, but, ultimately, we probably can’t expect so much from a crash-course.

One of the advantages of an online workshop is that we can be flexible about the where and when. I’ll be providing a rough syllabus, but if discussions lead in unexpected directions or extend on beyond the given week, we can adapt. Similarly, while we will certainly designate a few forums where discussion can be expected to take place, there is no requirement that we all meet in any one of them. I am on Facebook, Reddit, Twitter, Mastodon and Diaspora. I am not on Discord—but there’s no particular reason why some groups of participants might not meet there or somewhere else,  in addition to the interactions I will take part in. I will make some efforts to post useful material that emerges in various conversations to this site (the Libertarian Labyrinth) and share links elsewhere. But the degree of centralization or decentralization, synchronous or asynchronous interaction will be largely up to the various participants.

What I can offer, barring unforeseen circumstances, is a steady stream of material likely to inspire thought about the basic elements of anarchist theory, together with availability to discuss that material and the questions it raises. My available time is certainly not endless, and there are projects that will require considerable continued attention, but experience suggests that we are more likely to lose steam early on than to create intellectual demands that can’t be met. And, to be honest, I wouldn’t mind stretching myself a bit, if it was in serious discussion, rather than as an ineffectual cheerleader.

For the first quarter discussion, I will be presenting material relating to the following concepts:

Announcements on the forums where discussion is definitely taking place will appear as those decisions are made, in the same places I am posting this general invitation.

I hope that folks will consider participating.

Throwing out the Bread