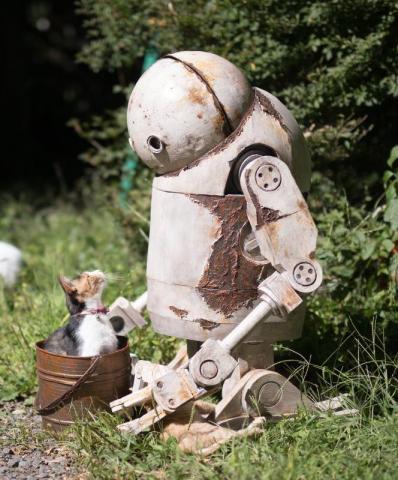 Survey courses are peculiar things, particularly when they address subjects of more than just passing interest. The construction of a survey always seems to involve at least some claim regarding the exemplary nature of the materials chosen. And if we were more certain about the character and extent of the anarchist tradition, we would expect a historical survey to take us, rather neatly, from milepost to milepost along the path of growing ideological clarity. But it’s hard to spend any time discussing history and theory with other anarchists—and I spend hours nearly every day—without recognizing that anarchy, anarchism and the anarchist tradition are all things that we struggle with, constantly, without necessarily making much headway in the process.

It is likely that anarchism—as a general, shareable project, not built from the elevation of certain consistently anarchistic concerns above others—still eludes all of us, to one extent or another. It is even possible that it always will, that anarchy is, as William Batchelder Greene put it, a blazing star that constantly retreats as we pursue it. In “The Anarchist Tension,” Alfred Bonanno argued something similar about “being an anarchist:”

So anarchists keep asking themselves the same question: What is anarchism? What does it mean to be an anarchist? Why? Because it is not a definition that can be made once and for all, put in a safe and considered a heritage to be tapped little by little. Being an anarchist does not mean one has reached a certainty or said once and for all, “There, from now on I hold the truth and as such, at least from the point of view of the idea, I am a privileged person.”

And if there is any truth to this idea that, at least for the foreseeable future, some of the details of a general, shareable anarchism will continue to elude us, then various aspects of anarchist practice—if they are to be truly practical—will have to reflect that fact.

Those interested in an early look at my own developing theory of anarchist development can read through the series of “Extrications” posted here in 2018, starting with “History, Tradition, Theory” (and linked in the sidebar there.) For those without the time and specific interest, I will be summarizing elements from those posts, along with some that were ultimately left unwritten at the time, as we move into the exposition of my neo-Proudhonian synthesis. And I would encourage all participants to find some time fairly soon to read the essay by Voline, “On Synthesis” (1924), as the vision there—which is considerably broader and, I think, more interesting than the proposals for organizational fusion usually associated with anarchist synthesis—provides a rationale for much of what we’ll be doing throughout the workshop.

But we were talking about surveys and exemplary elements…

If the anarchist tradition is not, in fact, intelligible as the advance toward an anarchism that is now clearly and fully known to us, if anarchism remains something with which we routinely struggle, then we can naturally expect that the most useful examples for us to focus on are those that accomplish two basic tasks: bringing certain aspects of anarchist theory into clear focus, while also allowing us to focus on what remains clearly unresolved and in need of resolution.

I’m an old interdisciplinary studies scholar, with a background that has confronted me with all the difficulties of canon construction in various contexts and from various sides (popular culture studies, “Great Ideas,” etc.) I want, at the outset, to make it clear that the peculiar collection of texts and incidents we will be exploring is hardly representative in the ways that we usually associate with even a purely pedagogical canon. At times, our course will be obviously and defiantly idiosyncratic. That is, in part, because the goal here is to prepare participants to come to grips with the anarchist tradition in all of its daunting breadth and diversity and, in part, because educators should almost certainly find ways to lean on their strengths—and my particular strengths are perhaps most evident in the context of the margins of anarchist history. There are also obviously considerations that emerge from the loose, largely informal nature of the project and the diverse backgrounds of the participants. Many of you are well-read, but often in different areas of the anarchist literature. Some of you will be engaging in self-study, while others have already formed organized study groups. And there is really no telling, at this early stage, how effective I’m going to be determining and addressing the needs of such a diverse group. I’m making some effort to focus, in my choice of readings, on those that will hopefully present important ideas in some new light for the largest number of people.

When it is time for you to construct your own theory of anarchism, I naturally expect that many of you will do so from sources quite different from those we are examining together—and perhaps with rather different ideas about how to think about anarchy, anarchism, anarchist history, the anarchist tradition, etc. I have no interest in dictating the material you choose to work with. However, in the interest of keeping us more or less on the same page though what is a long commitment, and in order to discourage certain kinds of distractions from or subversions of the shared project, I would like to make two basic suggestions or challenges to participants:

First, as you begin to think about constructing your own anarchism, commit to treating anarchy and anarchism as the first and last of the concepts you will define—and pay some close attention to the degree to which our shared commitment to addressing the first of these concepts does or does not contribute to conceptions of the second that are shareable among anarchists generally, however provisionally. I’m not asking participants to embrace the sort of anarchy-centered anarchism or the model of synthesis as anarchist development that I’ll be exploring in my own work—but it might be useful for you to be clear about if and how your own conceptions might be incompatible with that approach.

Second, I would encourage participants to consider the gap between the emergence of anarchy and anarchist in 1840 and that of anarchism, which was probably not a widely used label until almost 1880—and the extent to which the specific emergence of anarchism, as a particular kind of movement and ideology, was the condition that made talk about anarchist history and the anarchist tradition meaningful.

One way of looking at our historical survey would be to break it down into a decade in which anarchist thought was first emerging, another four decades in which there were anarchists of quite a wide variety of types, but no anarchism, and then fifty years or so in which there were anarchists and anarchism, movements and ideologies, but perhaps never much shared clarity about what that all meant. That lack of shared understanding was, we know, widely perceived among anarchists, essentially all through the period after the split in the International, driving various internal movements in favor or synthesis or division, and eventually led to monumental, but ultimately unfinished efforts like the Encyclopédie Anarchiste. There are a variety of ways to position our own thoughts and efforts relative to that kind of historical framing—but I would like to encourage participants to at least try to find one of their own.

I will probably post just one more introductory text before December 1, an explanation of the final project and introduction to the first phase of the workshop. I’ve added the beginnings of a schedule to the main page, with the understanding that the holidays will be a period of busy activity for some of us and probably one of isolation for others. We’ll be extra flexible through the early weeks, as there will undoubtedly be wrinkles of various kinds to smooth.