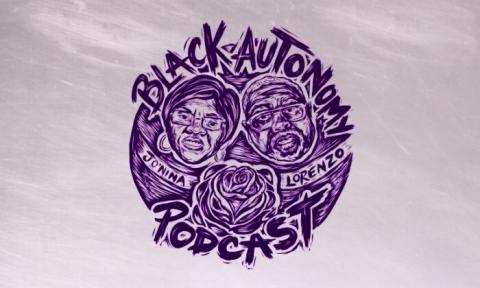 The premier episode of Black Autonomy Podcast, “Vote For Me, I’ll Set You Free: Black politics and Elections” JoNina and Lorenzo introduce the podcast, discuss elections, the Democratic Party, political power in Black politics, and propose direct democracy as an alternative. Future episodes themes include community self-defense and the civil rights period, the Black Panther Party and National Committee To Combat Fascism, discussions on fascism, ungovernability, and building a survival economy.

This podcast is produced by a collaboration between writer William C. Anderson (@williamcson) and members of Black Rose/Rosa Negra Anarchist Federation (@BRRN_Fed). Introduction music is an instrumental version of Song 33 by Noname and artwork is by Theo Thirdaye (@thirdayetheory). You can support the show by donating directly to Lorenzo and JoNina via PayPal at [email protected].

Listen to the first episode below and look for the podcast in your favorite app in the coming week. We will be mirroring episodes on From Below Podcast as well. Direct link here.