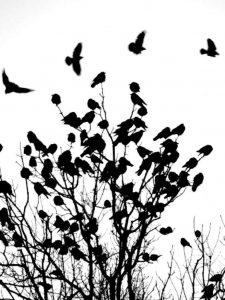 The following are the words with which two comrades wanted to remember Maria Ludovica Maschietto, known as Marilù (February 14, 1932 – December 29, 2020).

Farewell Marilù, with you another piece of my anarchy dies.

Thank you for always being a safe haven for me and the people I loved.

Thank you for snatching me away from apathy and disillusionment when I was 18 years old and the anarchists seemed to me a bunch of wordsmiths and idiots.

And thank you above all for teaching me the critical spirit and that anarchists need no leaders, that contempt and superiority towards the naive and clueless must not find room in our hearts.

I wanted to tell you looking into your eyes but I didn’t have time… forgive me.

I owe you a lot, I love you, I will not forget you.

Forgive me if I take the floor reading a text and not by improvising a speech as it would deserve a comrade who has lived an entire life giving all he could – in terms of forces, means, ideas – to the anarchist movement with the same naturalness with which she spoke in the living room at home.

Marilù knew she was leaving us. The last words she said to me a few days ago were: «Always remember me». But despite this awareness she continued to make plans, to try to give until the last moment her contribution to the fight for anarchy.

Remembering Marilù is difficult, indeed very difficult, because her is not just a personal story, but is part of the historical heritage of the revolutionaries. It is made of links, intertwining of stories, especially collective, but also clashes. She left us testimony of the experience of Azione Rivoluzionaria, including through books, contributed to the birth of the “Gianfranco Faina” Committee Against Prison and Repression, standing by the prisoners throughout her life.

I knew the history of the anarchist movement from her lips, even before books. Some might say that it is biased history. Yes, it is. This is because it is the story told by those who have always supported the anarchist action without being a mere spectator, between the pleasure of an achieved hit and the pain of seeing the comrades die with weapons in hand or in jail or, even worse, distance themselves from the revolutionary practices.

So, thanks to her stories, I tried to live with the same passion, I learned to defend the same principles, as well as to hold the same grudge.

Remembering Marilù, as she asked us to do, is therefore to defend the revolutionary hypothesis, to put it into practice knowing that it is full of choices to be made. A certain partisanship is not only inevitable, it is a must. Because if there must be a passing of the baton – as is customary to say on such occasions –, then we must make the history of the revolutionaries our own, with all that this entails. We must have the courage to choose, to know how to be on the side. On the side of the exploited, but even more so on the side of those who, among the exploited, have abandoned all hesitation, embracing the fight for freedom, without compromise and especially without denying anything.

To you Marilù, to the comrades who died but lived fully, to those who still pay the price for their choices.

You do not deserve our tears, but those of fear of the oppressors.

The one spectacle that continues despite viruses and lockdowns