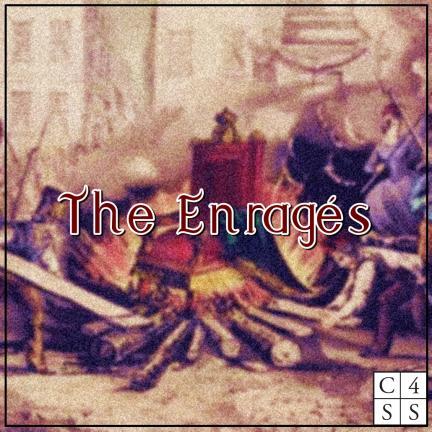 From Enragés via C4SS

We’re excited to share this pilot episode of our new show with Joel Williamson, The Enragés. Joining Mutual Exchange Radio on the C4SS podcast roster this year, The Enragés will take a deep dive into the recent works of C4SS writers and scholars on the site. You can find the new show in all the same places as Mutual Exchange Radio, including Spotify, iTunes, Stitcher, YouTube, and on our Patreon.

In this first episode of The Enragés, host Joel Williamson sits down with Kevin Carson to discuss Kevin’s recent piece on the Center for a Stateless Society website “The Myth of the Private Sector, Part I: Why Big-Small and Vertical-Horizontal Trumps ‘Public-Private’”—a conversion that spans from the role of government interference in the scale and structure of economic institutions to the definitions of “large” and “small” to possible right-libertarian objections to Kevin’s argument and beyond.

Kevin Carson is a senior fellow of the Center for a Stateless Society (c4ss.org) and holds the Center’s Karl Hess Chair in Social Theory. He is an anarchist without adjectives, heavily influenced by autonomism and the new municipalist movements. His written work includes Studies in Mutualist Political Economy, Organization Theory: A Libertarian Perspective, The Homebrew Industrial Revolution: A Low-Overhead Manifesto, and The Desktop Regulatory State all of which are freely available online. His book Exodus: General Idea of the Revolution in the XXI Century is forthcoming. Carson has also written for such print publications as The Freeman: Ideas on Liberty and a variety of internet-based journals and blogs, including Just Things and The Art of the Possible, as well as his own blogs, Mutualist Blog and Tea, Earl Grey, Hot.