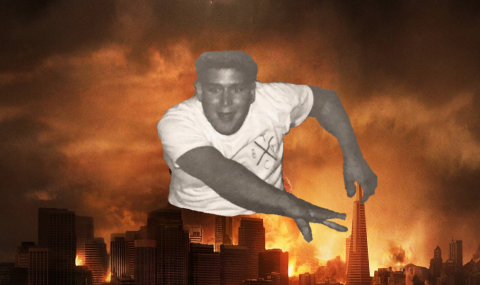 We did not know Aragorn personally, but it is undeniable that all the energy he devoted to the anarchist milieu was felt among us. It initiated and supported projects that have come to be of common usage, such as The Anarchist Library and anarchistnews; or Little Black Cart and Black Seed with which we enjoyed exchanging publications and redistributing, and which despite the threats and attacks of a cabal of demagogues who think they’re the high priests of the Holy Insurrection, have had the courage to tackle unpleasant questions that have always been staring us in the face, whether we like it or not. They have been important distributors for less conformist tendencies, closer to deep ecology, as well as egoist, anti-colonial and artistic explorations. In this regard, their publications have brought a fresh impetus to discussions.

Although Aragorn did a great deal to help disseminate the writings of others, over the years he also contributed several inspiring texts himself, venturing off the beaten paths. It is with sadness that we learned he would no longer write. He is one of those rare voices that laugh and sow doubt when it fails us.

This excerpt we are sharing with you is taken from a longer piece entitled Locating An Indigenous Anarchism, originally published in 2005 in Green Anarchy and more recently in the last and final issue of Black Seed. A few words who fittingly resurge in an era where we seem to easily want to believe that our relationship with the world can be summed up through political and identity posturing and where “the form that anarchist criticism has taken about events in the world is more useful in shaping an understanding of what real anarchists believe than what the world is.”

Farewell Aragorn! May your laughter mingle with that of your ancestors.

Tags:
Aragorn!
FUCK YOU 325
locating an indigenous anarchism
anarchist in spirit vs anarchist in word
stirs the pot even in death