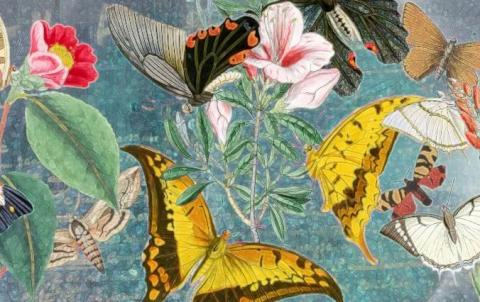 In general, I’ve had pretty good luck keeping up with the demands of the project, despite all of the distractions of multiple crises. This weekend I’m running a bit low on steam. So the post connecting the discussion of governmentalism with that of collective force will follow this post—which is perhaps not a bad thing—and should then be followed by a post discussing the polity-form, before I get to next week’s discussion of the question of the aubaines and exploitation.

Collective force — If you haven’t read the selections from Proudhon’s “Principles of the Philosophy of Progress,” go ahead and do that. It’s a remarkable text, which has been sadly neglected—having only fairly recently been published in French, but not yet in book form. The basic idea is that the things that we do together with others do not simply add up, but that specialization and association bring about the formation of unity-collectivities, social beings with qualities, strengths and perhaps even ideas that arise from the combination and unification of the constituent beings.

Proudhon applied the analysis of collective force to a variety of problems, from explaining capitalist exploitation in his earliest works to discussing political geography (the formation of nations, etc.) in his final manuscripts. In his work on Justice in the Revolution and in the Church, he used it to discuss the problem of “free will,” concluding:

What then is liberty or free will? The power of collectivity of the individual.

Someone asked me yesterday to try to clarify just how collective force and “liberty or free will” might be connected and what that connection could tell us about anarchy. This was my response, which, however off-the-cuff it may be, strikes me as perhaps useful for those first encountering Proudhon’s theory.

Every individual, whether a human individual or a group united by active association, is also a group—a unity-collectivity. The unity of the individual is a matter of internal organization, which may be simple or complex. The internal relations may also involve greater or lesser degrees of intensity. Sometimes greater intensity just means greater health, or some other kind of increased capacity, particularly where the relations are simple. And where relations are all simple, we would expect the actions of the individual to reflect its various influences fairly directly. In the chain of causes and effects, there is comparatively little in a simple individual to redirect the forces acting on it. So, for example, we think of animals as responding to stimuli in ways much more narrowly channeled by hardwired instincts than humans. As the internal mechanism of the individual organism becomes more complex, we expect the responses to external stimuli to be at least subject to considerably more mediation or processing before producing a reaction in the individual. And at some point the complexities of the individual organism are such that it’s hard for us to describe the reaction as produced by the stimulus. Cause and effect are no doubt still at work, but the complexity of the processing mechanism means that the individual is forced to choose. If, then, “free will” is the capacity (or perhaps we should call it a determined tendency) to make choices, then it is (according to this reading) increased by changes in the internal organization of the individual organism which complicate and delay responses that might otherwise be strongly determined by the stimuli received.

And that’s half of the model, since the human individual or association exists within larger forms of association, which are subject to a similar internal dynamic.

An authoritarian society is characterized by constraining the responses of individuals comparatively tightly. If licit and illicit options are clearly defined in advance, then presumably the citizen of such a society needs to exercise very little individual power to choose. Relations among individuals are largely mediated by the central authority (reducing certain basic kinds of complexity) and conflict is presumably reduced by the compliance of individuals. If the citizens of this society were water in a boiler, we wouldn’t expect to see them bouncing off one another much or with much force—simply because their interactions are limited and mediated by authority. Within an authoritarian society, an individual may have to internal organization necessary to make choices, but is going to lack the opportunities and occasions we might expect to encounter in an anarchic society, where there is no central mediating authority and no legal code constraining choices artificially.

Looking at the anarchic society we can easily talk about about the freedom that this social body affords its members by not constraining their choices. That much seems easy, I think. But if those members have no internal capacity to choose, there isn’t much sense in noting the lack of constraint. So presumably human freedom has two sides: one addressing organization internal to the human individual and one addressing organization internal to some larger social body. And both sides need to afford conditions for freedom if we are to recognize it as actually existing. But what Proudhon also suggests—by connecting the quantity of freedom associated with a unity-multiplicity and the quantity of collective force generated within it—is that the same conditions of organization that he associates with greater productive capacity, increasing complexity and intensity in internal relations, also produce greater freedom for the members.

It feels sort of strange to share this kind of interaction in the context of this particular project, although similar on-the-spot responses are a regular part of most days on the internet. I’m probably getting a little spoiled, in this context, having so much leeway to choose the limbs I climb out on.

Having “officially” introduced the concept of collective force here at about the midpoint of my construction, I’ll dedicate much of the rest of my time to explaining a variety of ways in which it might inform « my own anarchism ». But perhaps the most important thing to emphasize at this point is just what a difference the possibility of talking about anarchist relations in these terms has made for me as my own thought has developed.

We just looked at governmentalism — and if the term itself is not particularly au courant in modern anarchist circles, it’s pretty hard to escape any of the related terms in our internal discussions—and it is fairly common to find many of them used in at least nominally anarchist discourse in ways that suggest that anarchism is doomed to have no language of its own. Terms like “justified hierarchy,” “legitimate authority,” “pure democracy” and the like are often used, I am sure, without any intention to confuse or mislead. And there is, after all, a fine old libertarian tradition of stretching archic language to indicate at least potentially anarchic ideas: self-ownership, self-government, “the authority of the bootmaker,” etc. But those sorts of potentially subversive borrowings seem prone to losing whatever edge they might have had, leading us back toward governmentalism at least as often as they lead us deeper into anarchic territory.

The problem, of course, is that the defenders of the language of democracy and the like can pose roughly the same challenge as those who defend democratic practices — What is your alternative? — and with roughly equal chances of nobody effectively calling their bluff. (Anarchy? we respond. — But what does that really mean? — And it’s not always so easy to make ourselves clear.) We really do seem to lack much language that even anarchists will recognize as designating truly non-governmental relations.

At various times in my own development as an anarchist, I’ve attempted to force a bit more clarity on my own thoughts by setting some limits on the language I would allow myself in the explanation and exploration of anarchist ideas. I made a months-long trial separation with the language of mutualism and have for some years now generally limited my use of the term anarchism to descriptions of anarchist thought in the period after the death of Bakunin — not, in either case, because there weren’t other vocabularies that might be used, but because a bit of discipline with regard to word choice helped to reinforce connections or the lack of connections between the various ideas and movements I was examining.

When I discovered Proudhon’s social science — hiding in plain sight, of course, in works that looked very different once I was able to understand them in the context of that developing project — I gained both a useful set of analytic tools and a vocabulary that didn’t rely on turning the language of government, hierarchy and authority back on itself. Having already begun to think of anarchy as fundamentally descriptive of structures, a descriptive language that could emphasize forces and their dynamics — owing as much to physics as political science — was welcome. And, as a tool for suggesting potential renovations of anarchist theory, it had the combination of qualities that I have come to think of as close to ideal: it was at once “new,” in the sense that it is unfamiliar to most anarchists, and as old and orthodox as just about anything in the tradition, being the glue that holds together “property is theft” and “je suis anarchiste” in one of the most influential (if not always the most clearly understood) of early anarchist texts.

The theory and the vocabulary let me talk about anarchy — about anarchic relations — in a much more direct way than I had experienced before. Whether or not I have made good use of that opportunity is, no doubt, something readers will have to judge for themselves as I continue to describe my construction of anarchism. It hasn’t been an easy toolkit to learn to use, but I feel like I am slowly but surely getting somewhere.

This week’s readings are related to the analyses in Proudhon’s What is Property? Those unfamiliar with the work can take a look at my notes on the text for an overview. Much of the work is focused on Proudhon’s theory of exploitation — a more consistently anarchistic alternative to the marxian theory of surplus value. The extension of that discussion in the “Notes on Contribution and Disposition” — an ambitious and exploratory, so perhaps not always absolutely lucid attempt to apply Proudhonian terms — takes anarchist communist economics as a foil.