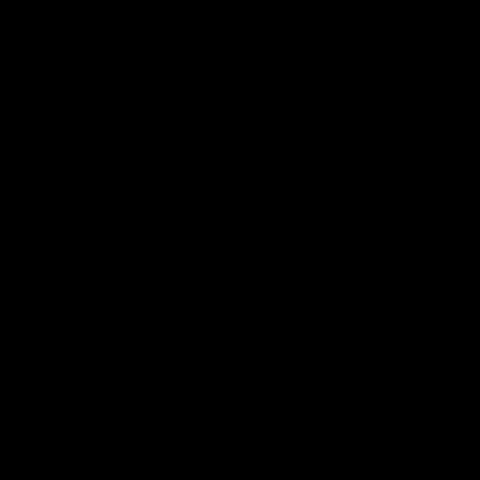 Silence is the basis of authority. Every authoritarian society is founded on silence. Helping to maintain it makes you an accomplice. Today more than ever it is necessary to break the silence and renounce indifference and passivity. It is imperative to take the dagger and put it in the neck of the authoritarian beast who keeps our comrades, who continue to scream for anarchy with bloodshot eyes, kidnapped in its belly.

Far from the academy and the great theoretical writings, this writing has the objective of contributing a diminutive grain of sand to the anarchic offensive, from the perspective of black anarchism and its fight against all of the existent. By black anarchism, I refer to an anarchism of praxis, away from the specimens that in recent times have been manifesting in the Chilean region, imposing that “red & black” that every day has more place in the spaces of the “anti-authoritarian” struggle.

Anarchic struggle is developing in all regions of the world, with its rhythm and radicality, depending on the place, but with the clear objective: the destruction of all forms of domination and authority. As a consequence, the State uses all the tools at its disposal in order to exterminate the anarchic germ, assassinating comrades or locking them up with long prison sentences, the latter being the preferred outcome for our enemies, because they have the idea that thus they “make us pay”, through physical or psychological torture, not only to us but to our families and affinities, thus seeking to eradicate any desire for total liberation, imposing their reality on us where there is no possibility of an existence without authority (regardless of its political tendency).

However, this reality does not intimidate us as we continue advancing in the offensive, nor does it prevent us from continuing to develop the anarchic struggle in all regions of the world. Comrades throw themselves into battle without fear, and confront the States regardless of their tendency.

But apparently, sometimes we forget, with the beating of our hearts racing (burning in the heat of the offensive), to verify who we call comrade, and to make sure if their objectives are also ours. Many times, it is only enough for us that they throw themselves against capital to consider them “comrades”, but do we only seek the destruction of a socio-political-economic model or do we as anarchists aspire to much more?

We anarchists do not fight only against capital, we fight against the state. Against all types of states, against all power, against all authority. For us there is no difference, no political-ideological distinctions. However, sometimes we forget that many of those we now call “comrades” are actually authoritarians who were defeated in their attempt to impose their dictatorship and did not manage to come to power, but certainly those are their intentions.

Heirs of popular unity, of authoritarian organizations (Marxists-Leninists-Maoists-Guevarists) of the resistance during the civic-military dictatorship, of post-dictatorship authoritarian paramilitary groups, continuators of the dictatorial hopes of their dead or currently imprisoned commanders , in recent times they have been disguising themselves as “comrades” and are accepted as if in affinity to anarchist praxis, in the name of the subversive, libertarian, anti-authoritarian and revolutionary struggle.

From the outset, with sharp language, this project made it clear that it would not publish communiques, information or any type of news related to authoritarian militants, which provoked strong criticism and condemnation from some counter-information groups. As years have passed, there are no regrets. Today more than ever that decision is reaffirmed and the anarchic position is consolidating, betting on black anarchism and the creative nothing, on that relentless struggle for which so many colleagues have given their lives and others are in prison with long sentences, where they are tortured daily. Not forgetting that in Greece they’ve even kidnapped the children of comrades and imprisoned their relatives, as in Turkey and Iran, not to mention everything that is happening in Italy, where they persecute any gesture of solidarity with our comrades that were imprisoned as a result of the various repressive operations.

It is not victimhood, on the contrary, all of those we share affinity claim they’re guilty. We do it to put on the table some of the many consequences that we assume by gladly taking the path of fighting for anarchy. Suffice it to mention the situation of comrade Eric King and his hard fight inside the prison and his irreducible position, for Freedom and Anarchy, here and now.

With these words, I not only want to reaffirm the theoretical and practical position of this project, but also clarify what type of information is published on this site and why we resolutely refuse to publish all of that which does not correspond to our principles. Our objective is to generate a breaking point in the anarchist circles that continue to promote this fictitious movement (as mentioned by Bonnano) in the Chilean region that bet on the unification of totally antagonistic and contradictory practices and discourses. It is important to make it clear that a subversive or autonomous position does not necessarily mean having set aside the idea of ​​the seizure of power and the imposition of an authoritarian society.

The commemoration of the death in combat of militants of Marxist-Leninist organizations or the murder in prison of the eco-fascist Kevin Garrido and the stories from prison of the former commander of the Patriotic Front Manuel Rodríguez, have no place in this site. We cannot speak of “comrades” in these cases since they are committed to the imposition of an authoritarian society, and the construction of a “revolutionary memory” attached to their proposal of struggle.

I write this, understanding anarchy as the constant struggle for total liberation. That is the positioning of this project, reaffirming our commitment to the anarchic insurrectionary offensive, affinity and informality, far from the red & black that opportunely shows itself to us as a “comrade.”

In memory of all the fallen who have thrown themselves into the struggle for total liberation: Sebastían Oversluij Seguel, Mauricio Morales Duarte, Willem Van Spronsen, Mikhail Zhlobitsky, and all our prisoners who remain irreducible, betting on anarchy despite being behind bars: Gabriel Pombo da Silva, Eric King, Dinos Giagtzoglou, Michael Kimble, Alfredo Cospito, Anna Beniamino.

[Translator’s note: “rojoscuro” was translated into “red & black”, although “rojo y negro” would the literal equivalent of that. A more literal translation would be “red-dark”.]
Tags:
black anarchism
non-sectarian!

Remolding Hong Kong: A View from the Mainland

An Anarchist Perspective on the Coronavirus Pandemic