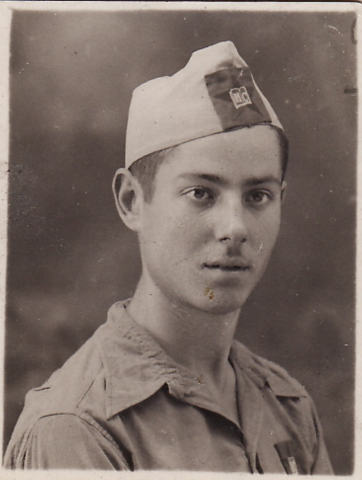 In December life long CNT member, Spanish civil war fighter, member of the exile resistance and worker Esperantist Eduardo VIvancos passed away at the age of 100.

There’s not much about him in English as he mostly wrote and spoke in Spanish, Esperanto and Catalan, the only thing I know of is an article in the Fifth Estate https://www.fifthestate.org/archive/400-spring-2018/esperanto-anarchism/

so I’ll sketch out a brief biography using the wikis and my memory as a guide.

Born in Catalunya in 19th September 1920, Eduardo managed to complete elementary school before having to continue his studies in the evenings after work in the Barcelona Ateneos (workers schools). In 1935 at the age of 15 he joined the CNT and would remain a member until his death. During the early days of the Spanish civil war he continued to study in the cultural centres and workers schools and learnt among other things Esperanto which was very popular amongst many Spanish socialists and Anarchists at the time. In 1938 the war detoriated for the Republic and so he and some fellow young students volunteered to serve in a battalion of the 26th division of the Durruti Column, while at the front Vivancos ended up in a circle of Esperantists including the battalion commander Ginés Martínez and would teach the language to other combatants.

In 1939 with the defeat of the Republic Vivancos went into exile in France, he would be transferred from multiple concentration camps for Spanish refugees and in the process would lose contact with his family. He would not meet his mother and sister again until 1947 after World War II. He would meet his future wife Ramona amongst the fellow Spanish exiles and would marry in 1945 and have two children together, Floreal and Talia.

Also in the aftermath of WWII the Spanish Libertarian movement began to reorganise in France and worked to reconnect with members and friends and family still in Fascist Spain. As part of that work Eduardo and other exiled Esperantists established the Esperanto newspaper Senŝtatano (Anti-statist). Initially the paper and its correspondence service was used to reconnect the exile community with other Anarchists and Libertarian socialists around the world to complement similar outreach initiatives in Spanish and French. It was quite successful, while corresponding and collaborating with other Esperanto speaking Libertarians in particular the Japanese Anarchist Taiji Yamaga the network was able to share news and build links. In particular Eduardo was able to translate the Dao De Qing by Lao Tsu into Spanish.

After a short time Senŝtatano would exploit the ambiguous status of Esperanto in Franco’s Spain and the lack of interest in it from the authorities. Spanish exiles would use its correspondence service to send messages to family and friends still inside Spain, getting past the censors.

In 1954 he and his family emigrated to Canada and remained active in the Libertarian and Esperanto movements, in particular SAT. He would return to Spain in 1976 with the crumbling of the fascist regime, and reunite with many old friends and comrades. He remained in Canada but continued to regularly visit Spain and Catalunya and was still active in both the libertarian cultural and educational circles and Esperanto teaching.

He past away on the 30th December 2020 leaving behind his family, many essays and letters, his translation of the Dao De Qing and the Esperanto book Unu lingvo por ĉiuj: Esperanto One Language for Everyone.