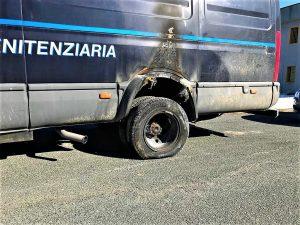 from ilrovescio.info Translated by Act for freedom now!

Giuseppe Bruna was transferred from the prison of Pavia to Bologna on the 21st of January. He tells us the journey went well and he is now in quarantine-isolation in a section designated to dealing with Covid. He has been put in AS3 and had a rapid test which resulted negative. He tells us he only has a few stamps left.

The next hearings are:

23.02.2021 for the Genoa post office event, where there will be the report of the latest experts, Giuseppe’s declaration and the trial.

Here is the account for sending him some money:

To write to him:

To write to Natascia: