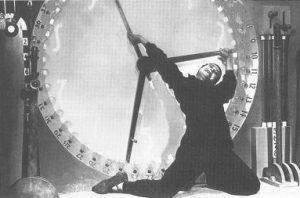 via ilrovescio.info, Translated by Act for freedom now!

We publish the text of a comrade who cannot come to the trial for “Operation Renata”due to measures imposed on him.

I am very sorry I will not be able to be there with you. So at least I want my words of closeness, love and solidarity to reach the comrades on trial in Trento on February 22nd.

There are bonds that the State and its operators will never understand because they upturn the usual criteria of evaluation. In a world based on profit and the will to power human beings generally unite to get a few steps up the social ladder – to earn something more, have major opportunities of success. On the contrary, relations among anarchists seem deliberately conceived to make them social failures. In the space of a few years you can throw away any possibility of a career, of having a bank account or even simply a passport. Often one’s freedom is at stake. For some life itself. Which is why these relations will never be understood by those driven by competition and obedience.

Isn’t it a wonderful mystery that individuals ready to burn the quiet life in order to conquer freedom for themselves and others still exist?

In the reign of intelligent machines, algorithms, cost-benefits calculations, such an attitude seems highly irrational, you will agree.

Agnese, Stecco, Nico, Sasha, Giulio, Rupert and Poza are some of these wonderful exceptions, of these defective rejects, these surprises. Generous, in solidarity, resolute. Like the actions they are accused of.

Action – not doing, programming, activating, calculating or archiving… – is precisely what distinguishes the human from the machine.

Like everything that has to do with freedom, actions against power are repressed, also twisted and slandered so that they lose all meaning. Yet they are hard to die – suspended in a time of their own. They seem to respond to already consummated injustices, while at the same time illuminating those still to come.

Doesn’t an attack on a bank carried out ages ago seem all the more meaningful today when the chief banker himself is in the government, representative of that financial capital that sees human beings and the Planet as mere indices on a chart, variables to be crushed under the impartiality of a block of shares?

Doesn’t the technological control we all experienced on our skin during the social lockdown make the burning of telecommunications antennas years ago all the more meaningful today?

And now that we find a former executive of the biggest Italian arms manufacturing company (Leonardo-Finmeccanica), Roberto Cingolani, at the “Ministry for ecological transaction”, doesn’t the damaging of a military research laboratory carried out in 2017 seem absolutely topical?

And an action against the League? Years ago it sounded like a response to the ferocity of institutional racism. Today it could also suggest something more: that [state] servants act like sovereigns against the poor, but soon become pro-Europe and collaborators of a Banker when their privileges are at stake…

These are some of the actions attributed to Agnese, Stecco, Nico, Sasha, Giulio, Rupert and Poza.
You will understand why I don’t feel the embarrassment politicians and businessmen feel when some of their colleagues are accused of this or that intrigue.

Whether “guilty” or “innocent”, I am proud to have them as comrades.

An Interview with the Tāmaki Makaurau Anarchists