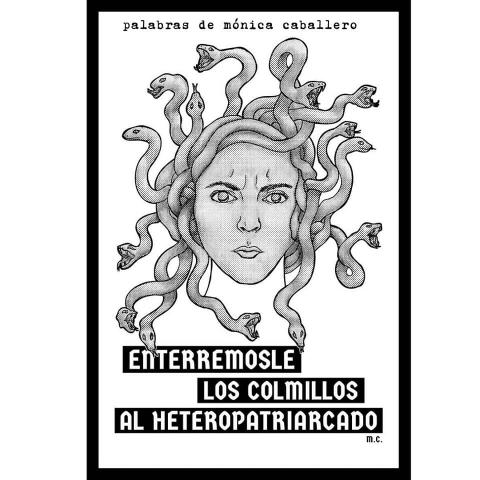 from Publicación Refractario, translated by The Free

March 8 is and always has been a day of commemoration and struggle.

There are those who have fragile memory, others simply ignore and there are some who better forget it.

March 8 is one of the many dates on which the murder by hand of the powerful of those who died fighting is commemorated, but unlike most of the fighting dates this was carried out exclusively by women.

In 1908, a group of workers organized themselves autonomously to confront and demand that the bosses end the conditions of misery in which they barely survived, this daring and courage was punished with a great massacre.

The powerful sought to end the strikes and sabotage with an amplifying measure so that no one would again try to break or obstruct the chain of production and merchandise, for the bosses killing workers will always be the most economical and effective option, there is plenty of poor people.

That March 8 is commemorated today is thanks to the effort and persistence of many who do not forget what happened that day, so for those of us who are committed to building antagonistic paths to the logic of the heteropatriarchal system, it is crucial not to stop remembering those who fertilized with tears and blood the ways of confrontation, thus we learn from those who were before us, from their successes and mistakes. In this way we give more accurate blows to this system of terror.

A few years ago in the territory dominated by the Chilean State, on March 8, in some areas, it took on a combative look in the streets. The flowers and celebrations of “women’s day” were exchanged for stones, screams and fire in the hands of many of the individuals who do not ask permission to fill the streets.

But while the seditious pleasure grew in the hearts of many / s, in turn, the police / reformist / social democratic practices proliferated in the demonstrations, even repressing comrades who broke with normality and order. Many of them have been attacked by the “purple police”, the latter fixes, orders and controls “the right thing” within the March 8 demonstrations.

In this I will be emphatic, there can be no aggression without response or room for these repressive practices within the spaces of struggle, one thing is that there are different perspectives and / or methods of how the individuals and groups that generate and / or give certain battles They raise initiatives around the struggles of gender, feminists, etc. but it is quite another to undervalue, police, repress or betray the comrades who carry out and / or propagate political violence.

Perhaps there are individuals and groups that have the best intentions of ending the capitalist heteropatriarchal system based on reforms in the laws and constitutional changes, those good intentions loaded with naivety only consolidate domination.

We find heteropatriarchy in all our relationships from the most macro as well as the most intimate, so any initiative to destroy the chauvinist scourge has to be born and executed from ourselves from the multiformity of our actions.

The path of confrontation is long and difficult, but it is undoubtedly full of beauty, which emanates from an endless number of comrades who make mutual support and solidarity flesh, if we bring these two words to our daily lives we become strong, we do not need any institution or intermediary, we only need our partners.

Let us bury our fangs in the skin of heteropatriarchy.

All police are enemies regardless of their color or gender.

The surprising history of anarchists in Ontario

The Shock Of Victory