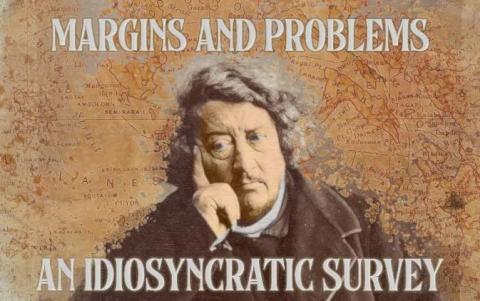 We opened our year-long experiment in making anarchism « our own » with a lengthy and not always straightforward example, as I both laid out some of the basic concepts that figure in my own synthetic approach to anarchist ideas and attempted to highlight a range of questions, concerns and difficulties that others could expect to encounter in their own attempts to put the material of the anarchist past to present use. It was, frankly, a bit meta at times—as perhaps it had to be.

The next phase, a chronological survey of the anarchist past, can be considerably more straightforward, as the problem it seeks to solve is also much simpler.

The best and the worst thing about anarchist history—or the anarchist past, fodder for various anarchist histories—is probably just the fact that there is so much of it. It’s no simple thing just to establish a general sense of the progression of events in time. So the first thing we’ll try to accomplish in this part of the course is to just make our way, decade by decade, from the 1830s to the 1930s, noting the general state of anarchist ideas and movements, together with some of the contexts that seem most useful for understanding the work of anarchists in each period.

The first will be a basic historical overview, which will also include a listing of articles from the period summarizing anarchist ideas, drawn from my “Anarchist Beginnings” archive.

The second will involve the close reading of one or more featured texts from the decade in question. (See the Featured Readings list in the other column.) The goal here is simply to practice the careful examination of a variety of kinds of texts from different periods, perspectives and locations. The readings featured will not necessarily be recognized “classics” or even the products of familiar figures. In that sense, this will indeed be an idiosyncratic survey, but they are, I think, all useful as objects of closer examination—particularly in the context of our final project of constructing an anarchism of our own—and I hope that they will provoke some discussion among participants.

The third will be a sort of “ramble” through a variety of other interesting texts from the period, giving a bit more development to the summary posts and suggesting directions in which participants might wish to read more. This series of posts will more closely resemble those from the “Constructing an Anarchism” phase in their range of concerns.

And then the fourth set of posts will engage in a bit of what I’ve called alternate historiography, building on a ongoing project of mine, “The Rise and Progress of the Great Atercratic Revolution,” which plays with the question of what anarchist history and tradition might look like if we had started with different historians, exposed to different material and movements, driven by different concerns, etc. As a personal thought experiment, I’ve sketched out the circumstances under which a number of possible historians of the anarchist past might have got their start and made some basic speculations about the works they might have produced, so that they could work as a foil for figures like Max Nettlau. As the question of “the tradition” continues to be one that I think a lot of participants wrestle with, I hope these creative interventions will help to at least clarify some of the issues involved.

I’ll be posting some reflections on “Constructing an Anarchism” in the next week or so, but “Margins and Problems: An Idiosyncratic Survey” will begin the first weekend of April.

The inherent existential element in anarchism