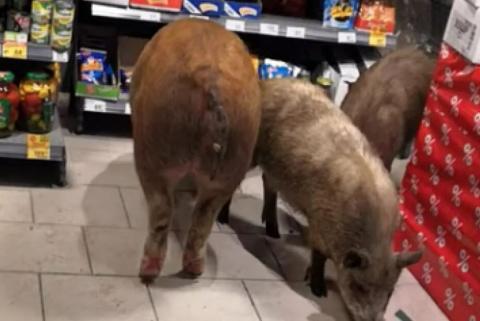 from Enough is enough!

Imagine a curfew is coming, the supermarkets are closed, and you have nothing to eat. A bad dream? Unfortunately not, because it is exactly what many people will face. People who receive unemployment benefits, Hartz 4, get their money on the first day of the month. Thus on the day where the supermarkets must close on state order for 5 days [1]. What should these people do? Not eat for five days? Before April 01, and after April 05, people will now be forced to go shopping concentrated at the same time. (Assuming that the money, which is already scarce, is even enough to last until the end of the month) These measures are therefore also likely to have a negative impact on the level of infection.

We have been saying for a year now that the state will not save us. The last two conferences of the state prime ministers and the chancellor’s office have clearly demonstrated this once again. The state is not able to do the two things that would significantly advance the campaign against the pandemic. Neither the vaccination campaign, nor a test strategy with large-scale tests work. The state also failed to protect people who live and work in nursing homes, homes for the elderly, or mass accommodations for refugees. In our opinion, this state failure is partly responsible for over 70,000 deaths.

While restrictions in the private area are tightened further, (A curfew is to be decided tomorrow in cities like e.g. Wuppertal) employers are still asked whether they would be so nice to test 2 times a week. While recipients of Hartz 4 do not know what to eat over Easter, the churches are asked not to hold services over Easter. The catholic church refused already, thus Easter services will take place there. In the personal sector, there have been massive restrictions for a year now. In the production facilities, open-plan offices, workshops and on the construction sites, production continues as usual – after all, the euro has to roll, no matter what the cost. And while our qualified banker Jens Spahn (German federal health minister, who is involved in a corruption scandal over FFP2 masks, translator) remembers us that everything is about the euro, the psychological and financial pressure caused by the state’ s measures is becoming unbearable for an increasing number of people.

Measures such as the closing of supermarkets and curfews are intended to pretend the ability to act in the fight against the pandemic. Even the ARD (German public broadcaster, translator) discovered in an article that the effectiveness of nightly curfews is not proven. Infections in schools, kindergartens and workplaces, on the other hand, are well documented. It is not acceptable that we should be locked up at night, that people who get their money on the 1st of the month do not know what to eat, because our political clowns like to play the authoritarian card, but are not able to fight the pandemic effectively. Consequently, we have to take care of this ourselves. In self-organized structures.

The state’s Corona policies will give even more fuel to the lateral thinkers’ movement. This movement, open for the far-right, in which there are also many active conspiracy theorists, will become an even bigger danger if we do not manage to develop our own narratives. If we do not manage to clearly distance ourselves from the state’s corona policies and to organize resistance against the authoritarian state measures, we should not be surprised that the lateral thinkers’ movement is gaining ground. No counter-protest will help, but our own actions could. Time is running out and it is high time to organize. We must take our rage to the streets and also organize food and its distribution in solidarity with, for example, the affected jobless and precarious workers.

[1] The official state decision was published after this statement was written. It now says that supermarkts will be allowed to open on Saturday April 3. But not on April 1, 2, 4 and 5.
Tags:
Germany
the state
covid-19

Collective Care Is Our Best Weapon against COVID-19