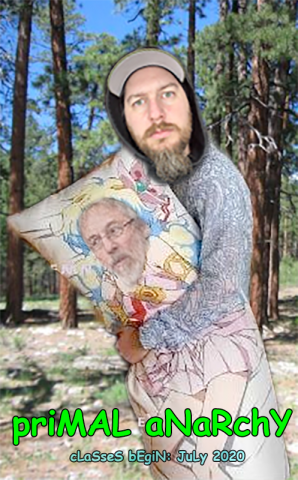 In this episode, Natasha and Kevin have a lengthy discussion with Klee Benally of Indigenous Action (indigenousaction.org). Klee needs little introduction, but he’s been involved for decades in a number of campaigns and projects, offering a long standing critical voice and role at the forefront of anticolonial resistance. We clear the air about issues in the anti-civilization milieu and about the interplay of accomplices and resistance. The nature of colonialism and civilization. Unsettling, decolonization, anticolonialism, and landback.

Housecleaning. Apologies about the absence, doing the best we can. Talking a little bit about some of what Kevin has been going through over the last year, particularly dissociative identity disorder. A bit more here: https://www.gofundme.com/trauma-healing-and-recovery Going over a bit of what has been going on the last year in terms of the veneer of white supremacy slipping and what that says about civilization. How whiteness embodies the entitlement of the colonizer. Talk a bit about Cull of Personality and questions of representation. The scourge of white liberals and the racism of Stephen Harrod Buhner. Looking at issues in the worlds of rewilding, white herbalism, and more. Talking about systems and the nature of abuse over just focusing on how we save ourselves.

Immediatism E32 A Letter To Lovers