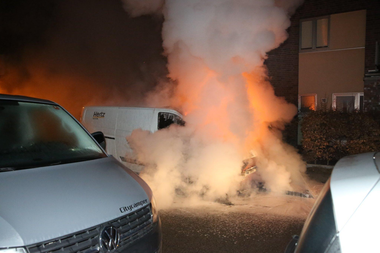 Last week [18.04.2021] the rent cap was overturned by the Constitutional Court. This rent cap meant for many Berliners to be able to afford an apartment in their hometown.(*)

The verdict now not only makes this impossible but also means large repayments to the fucking landlords. Such a mess must not remain unanswered. That’s why we set fire to a Hertz van in the street Zur Börse. Hertz equips the Greek cops, so with pleasure they can be the target of this tenant reaction.

In addition, this crappy restriction to move is also unacceptable. We will not be locked up for months! Should the nationwide curfew come from 9 p.m. you should rather think twice to let your company cars parked around in our neighborhoods. We have enough of the shit and will try not to let you rest.

We join the call from Leipzig last winter!

Uprising instead of curfew!

Fire instead of constitutions!

(*) report back from demo and clashes http://kontrpolioglnxrcdwwxfszih4pifyidfjgq4ktfdu6uh4nn35vjtuid.onion/3285/

BLM Should Learn From Anarchists

Anarchists Teaming Up With Locals to Block a Pipeline Through Appalachia