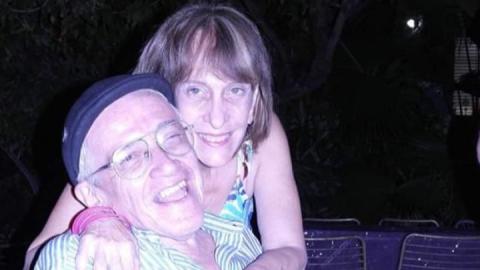 In the early morning of this rainy May 5 in Caracas, Nelson Méndez has died at 68 years old. Tireless anarchist propagandist, editor of the publications Correo (A) and El Libertario, author of several books and dozens of opinion and research articles, Nelson died as a result of complications associated with Covid-19. Nelson Méndez: (Caracas, 1952) had a degree in Sociology and was a professor at the Central University of Venezuela (UCV).

He was involved with anarchism and social activism from a very young age since 1970s. From the end of the 90s he was part of the editorial team of the newspaper El Libertario. He was also one of the agitators of the Center for Libertarian Social Studies (CESL), which operated in Sarría for several years. His most recent book is Gastronomia y anarquismo: La utopia de unir fogones, barricadas, placer y libertad (2021). He had previously published Un país en su artificio. Itinerario histórico de la ingeniería y la tecnología en Venezuela (2011); and co-authored with Alfredo Vallota: Bitácora de la utopía. Anarquismo para el siglo XXI.

Nelson was a reference for several generations of Venezuelan anarchist activists. His cubicle at the UCV School of Engineering was an epicenter for libertarian publications arriving from various parts of the world and planning meetings for organizing and propaganda activities. He was consistently anti-authoritarian, rejecting the inequities of the Venezuelan governments before and after 1998, as well as the coups d’état of different ideological signs that occurred in 1992 and 2002.

His comrades of El Libertario want, with these lines, to pay him a heartfelt tribute. His example continues to be an inspiration to us and we will always carry his joy and goodness in our hearts. Our heartfelt words of affection and consolation for his partner Mina and his son Salvador.

Members of the newspaper El Libertario

The Anarchist Neighborhood of Athens

TOTW: Our enemies in blue