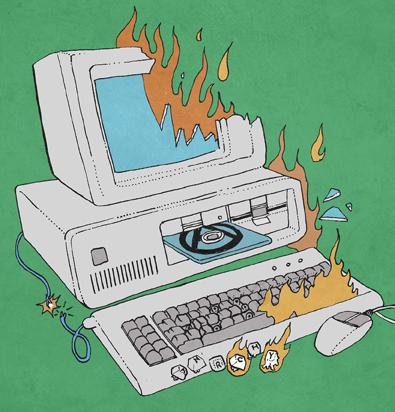 On 29.03.21 the Dutch police raided the data center that holds the nostate.net server, seizing the server itself as the part of a criminal investigation into ‘terrorism’. Nostate.net is a collective that provided a platform for international movement websites from prisoner solidarity groups, multiple campaign collectives, anti-summit pages and international counter-information. Significant sites that used nostate.net as a platform that have been targeted by this repressive attack by the Dutch police are Anarchist Black Cross Berlin, Montreal Counter-Info, Northshore Counter-Info, Act For Freedom Now! (now re-activated on noblogs.org https://actforfree.noblogs.org/) and 325.

We as a collective are aware that this was not just an attack by the Dutch police, but was done in coordination with the Counter Terrorism Unit of the United Kingdom in connection with their recent repressive attacks upon the anarchist circles in this country. Not only have they been threatening ourselves, but recently threatened nostate.net unless they shut down our site. Along with this they demanded information be given to them of the identity of anyone involved in 325. The extent that the authorities will go to attack us and anyone they suspect of aiding us is of no surprise to us, the examples through history of state forces repressing anyone who dares to stand and fight them are numerous.

This repressive attack should be seen as an attack upon all counter-information, on anarchist circles internationally. Under the present ongoing environment of Covid-19 and the repressive actions of states around the world, it is no surprise to us that they co-operate together on an international level, the recent repression against anarchist comrade Gabriel Pomba da Silva, with co-operation between Spanish, Italian and Portuguese states, is a more than obvious recent example. Our minds also cast back to the repression of Indymedia in Germany and Greece, also not so long ago the imprisonment of comrades involved in Culmine, ParoleArmata and Croce Nera Anarchica in Italy. Through time the anarchist movement internationally has had its modes of communicating to the people attacked with countless anarchist publications having their premises raided, comrades arrested and even publications being censored such as in the not too distant past with Alfredo M Bonnano’s ‘Armed Joy’ in Italy, also Conspiracy of Cells of Fire’s ‘The Sun Still Rises’ in Greece.

It is also no coincidence that this repressive attack occurs now after our recent publication of ‘325 #12 – Against the Fourth and Fifth Industrial Revolutions’. This publication that we feel hits to the core of what the states and capitalism are pushing forward, before and even more so now, under the cover of the Covid-19 pandemic is a direct threat to their plans of subjugation, of robotosizing and automizing everything. Their attack has momentarily affected our distribution of the publication both online and physically, but it has inevitably failed. The technocrats that want to shape our world into one heaving technological militarized prison society are being exposed, not only by ourselves but by the already growing attacks internationally upon their infrastructure. This is what they fear, that this can grow and this is why they have come after us. From what we know the police who are trying to hunt us down, they are relying upon tactics from their old book of tricks, attempting to get others to snitch and repressing counter-information. Ever since their ‘Operation Rhone’ aimed at attacking the anarchist circles in Bristol, they had only caught one person involved in an attack, but not anyone involved in the Informal Anarchist Federation or the other countless anarchist attacks. Clearly they have not repressed any fire of rebellion as the riot, attack on the police station and burning of cop cars last month shows.

It has been silent for too long on this island of conformity, while the world outside has started to burn again, from Greece to Chile to France to Germany to Belgium to the Netherlands to Italy to Spain to the USA to Indonesia to Hong Kong to China and Tunisia, the embers are still warm. More than ever there is an absolute need for co-ordination internationally between comrades, to attack directly this stinking corpse that attempts resurrect itself, to further imprison us. Counter-information is an integral part of this international co-ordination, to allow those who want to act for freedom in this world to see the signals of complicity in every language possible, to speak the one language of insurrection and anarchy. There must be a re-energisation of the international counter-information network, to once again become a threat internationally, after the repressive reaction that seeks to isolate anarchists from each other, not just around the world but even locally. We the 325 Collective continue to move upon this path we have already trodden, even now we continue with our publication projects including a new re-print of ‘325 #12’, a new expanded issue of ‘Dark Nights’ and further projects for the future internationally. They will not silence or stop us and we will have our revenge!

About the website, we do not know yet whether it will return, it is very clear to us that if it is resurrected as ‘325’ anywhere else online, that the authorities will immediately target it once again. This also means that we could put at risk any provider in the future, as well as put other counter-information and movement projects at risk of being shut down as happened with the recent repressive attack. Who knows where all this will take us? What we do know is that we are far from backing down, not one step back, in the face of the enemy. Maybe it might be best to revert to the traditional printed word, to see peoples faces again, to speak words, to conspire once again. We will not say never to the site returning, neither to it re-manifesting itself as a new project, only time will tell.

For now, our absolute solidarity with the comrades of nostate.net & Act For Freedom Now! Along with all the other counter-info projects affected.

NOTHING IS OVER, THE STRUGGLE CONTINUES!

“No middle ground. Either with fascists or with humans”: Solidarity to migrants protest

Enemies Of The Logic Of Totalitarianism