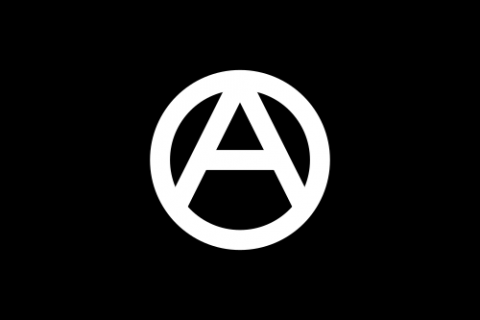 from Center for a Stateless Society

Gender Anarchism: Tearing Down the Gender Hierarchy (The Anarcha-Genderist Manifesto)

The gender hierarchy is a pervasive system of social control across times and cultures. Like other unjust hierarchies perpetuated by state and nation, this system of social control has dramatically restricted the acceptable range of human expression and behavior. To look around and see the current state of gender relations — places where the state is banning medical care for transgender youth, where transgender people are banned from participating in sport, where men enjoy higher social standing than women by default, where strict gender norms of appearance and behavior are imposed through legal and social means at high cost to individual autonomy — to observe these apparent realities is to observe the destructive effects of the gender hierarchy.

Gender anarchism — also called anarcha-genderism — is the act of disregarding or actively opposing the arbitrarily imposed social regulations of gender hierarchies. A flavor of queer anarchism, gender anarchism is specifically focused on achieving queer, transgender, and feminist liberation by tearing down the gender hierarchy through direct action, resistance, and non-participation. By resisting and disempowering destructive gendered institutions such as transphobia, patriarchy, queerphobia, and the binary conception of gender, anarcha-genderists seek to create radical liberation not only for transgender and non-binary people, but for women, gay men, bisexuals, pansexuals, asexuals, polyamorists, and more.

Enforcement of the gender binary extends into nearly every aspect of society and attempts to exert control over every living human being. Without the ubiquitous acceptance of gender as an unchangeable binary of man or woman, patriarchy would lack the conceptual foundation necessary for its perpetuation. Without the gender binary, many of the notions underpinning and reinforcing homophobia, lesbophobia, and other forms of queerphobia would simply cease to exist. Without assigned binary gender, the pillars supporting cisheteronormativity would inevitably crumble. To render these institutions moot and powerless, the gender anarchist seeks to tear down the gender binary from which they spring.

Anarcha-genderists need not be transgender, nor do we need to directly violate the cishetero gender norms we’re trying to tear down. Anarcha-genderism only requires, at minimum, non-participation in the legal and social enforcement of unjust hierarchies which revolve around the gender binary. Beyond this, gender anarchism can take many forms; one might contribute to mutual aid systems for gender, sexual, and romantic minorities, or engage in “genderfuck” in one’s everyday gender expression. One might act directly to dismantle the oppressive systems the state puts in place around gender, or one might contribute to normalizing body modification and transhumanism. The more radically you reject cisheteronormativity, the more risk you draw to yourself from state actors and the gender police; however, this can also mean chipping away at these unjust structures faster, and the risk-reward analysis is something one must do for oneself.

The gender anarchist’s creed is this: All people are free to wear what they want, to use the mannerisms they want, to inhabit the body they want. Human beings are incredibly diverse in their behavior and expression, and anarcha-genderism seeks to create a world which allows and encourages the full range of human expression to flourish in defiance of the state. So long as human expression is chilled by the existence of gender hierarchies, people will remain oppressed by the state and its enforcers. To borrow a common metaphor in the trans community, your body is like your avatar in a video game, and disregarding gender hierarchies “unlocks the full set of character customization options.” At this pivotal point in history, using the full range of customization options can be socially, legally, and physically costly; the objective of anarcha-genderism is to reduce these costs — unjustly imposed by the state — to zero, so all human beings can express themselves and their gender to the fullest extent possible.