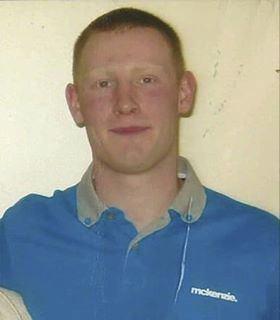 I suppose my story is far from usual. It begins as a teenager, not yet 18 years old and angry at socio-economic conditions within his community.

Growing up in working-class Irish Republican areas, it was inevitable that I would be intensely exposed to that ideology and its propaganda. It claimed that all the ills in Irish society could be blamed on British state interference and that only an independent socialist state could offer a solution. The history, the romance, and the already strong presence in the community were hard to resist. I had found my answer.

Being young and inexperienced, my involvement was quite peripheral. It amount to not much more than attending street protests and distributing propaganda. However minor my role, the state took a dim view. I had dared to challenge its status quo; I was now a legitimate target.

On March 9th 2008, the Continuity Irish Republican Army (CIRA) ambushed a Police Service of Northern Ireland (PSNI) convoy and killed Constable Steven Carroll. In response, the state swooped: raiding and making a number of arrests. I was held and interrogated for 14 days before being shipped off to prison. I was eventually convicted of involvement in the attack at a non-jury show trial and given a life sentence with a minimum tariff of 18 years in prison. I was 17 years old at the time and had no involvement whatsoever in the events of that night. The state needed a victory against armed Republicans and as a scapegoat, I fit the bill.

While in prison, my place naturally was among other incarcerated Republican activists. Over the years, we collectively engaged in prison struggle, enduring harsh conditions and brutality in order to assert ourselves as political prisoners and improve our quality of life. We had some successes but certain tactical decisions were made which, alongside internal difficulties, I believe undermined progress.

Over the years of struggle, my political outlook matured and my understanding of concepts like liberty and domination deepened. I began to recognise that Republicanism had a very narrow view of the world and an entrenched authoritarian culture. I became convinced that any independent Irish state, socialist or otherwise, would be just as harmful as the British state.

So, after about 7 years of life as a Republican prisoner, I began to become uncomfortable with the Republican label. I delved in to more libertarian ideas and eventually embraced anarchism.

In keeping with my new values, I left the comfort of the Republican prisoner community and entered the ‘ordinary’ prisoner population. This was a difficult decision as I was leaving behind not only an ideology and culture I now fundamentally disagreed with, but also good friends and comrades.

Now in the general prison population for a number of years, I have been proud to bring the ideas of anarchism to others who find themselves oppressed in our society and to promote community, solidarity and mutual aid.

I continue to do what I can to promote positive change. I continue to challenge my ongoing imprisonment and fight back against the state and different forms of domination. With the support of my family, the solidarity of other activists and the mutual aid of my fellow prisoners, I am able to forge ahead and face down repressive acts by the state. I will not allow them to break me and will continue to rage in my way.

[note: although not mentioned in this statement, it has recently come to light that an undercover state agent was involved in infiltrating and undermining the Craigavon 2 Justice Campaign. See JFTC2.IE or JFTC2 on facebook for more on the justice campaign.]
Tags:
june 11th
anarchist prisoners
Ireland
solidarity

Anarchist publication RUMOER # 2 is out!

What Is Gender Nihilism? on Immediatism podcast